December is the twelfth and last month of the year. It is also the last in this series. If you want to read about any other month of the year then click the word ‘Months’ in the Categories in the column on the right.

December used to be the tenth month and the word ‘decem’ is the Latin word for ten. When January and February were later added December became month number twelve.

December’s flower is the holly and its birthstone is the turquoise (which happens to be my favourite colour!).

November is the eleventh month of the year, although originally it was the ninth. It comes from the Latin word ‘novem’ which means ‘ninth’. When January and February were added to the calendar November become the eleventh month.

In Australia, particularly Melbourne, many men grow moustaches during November, and they call this month Movember!

The name October comes from the Latin word ‘octo’ meaning ‘eight’, (as in octopus). Originally October was the eighth month of the year until January and February were added which pushed it back to number 10.

October’s birthstone is opal and its flower is cosmos.

This was the seventh month of the year until January and February were added in 153 BC. The Latin word for seventh is ‘septem’.

In about 40 AD the Roman emperor Caligula tried to change the name to Germanicus, his father’s name, but without success. I think September sounds better.

The flower for September is the morning glory, and the birthstone is a sapphire.

August is the eighth month of the year, but it was first called Sextilis (meaning sixth), and was the sixth month. However when January and February were added it became number eight.

It is named after the Roman emperor Augustus (born 63BC, died 14AD), who was the most famous of all Roman leaders. His original name was Octavius, but his name was changed to Augustus (from the Latin word ‘augere’, meaning ‘to increase’) because he was able to increase and improve the Roman Empire. Many of Augustus’ finest victories came in the month of Sextilis, so the month’s name was changed to August. 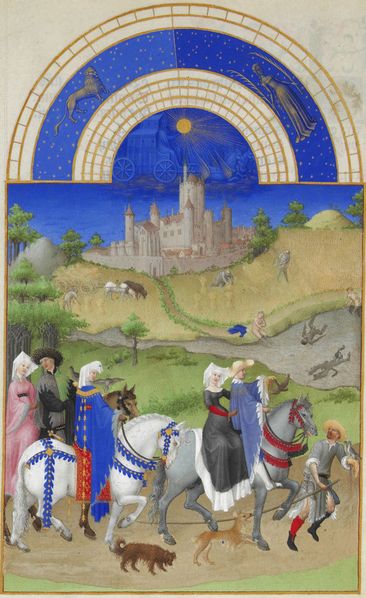 July was originally the fifth month of the year and was called ‘Quintillus’, which simply means fifth. In 450BC, when January and February were added, it became the seventh month.

The name was changed to July, after the Roman emperor Julius Caesar, who was born on July 12th 100BC. Caesar was a very successful politician and army general, and had many military victories. He led the Roman invasion of England in 55BC when the Romans introduced many things to the wild people of England, including politics, sewers, baths, straight roads, and a lot of vocabulary (but not so much grammar!).

July’s flower is the water-lily, and its birthstone is a ruby.

The name of June comes from the Roman goddess, Juno, who is the wife of Jupiter, the top god, and the mother of Mars, the god of war. Juno is the goddess of marriage, and June is thought to be the best month to get married.

June is also the month when the longest daytime occurs (this year it is June 21st), and this is known as the summer solstice. At this time the sun is directly over the Tropic of Cancer. However, for southern countries it is the shortest day.

And don’t forget father’s day, which is celebrated in many countries on the 3rd Sunday in June, this year it is June 17th. 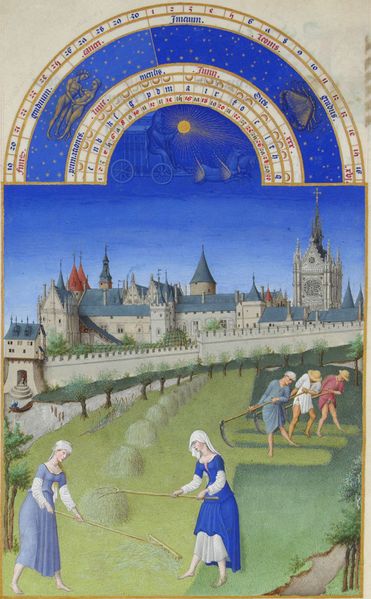 It is thought that the month of May was named after the Greek goddess Maia. She was the goddess of fertility and her festival was held in May.

May is one of seven months with 31 days. The bird of May is the nightingale, the flower of May is the lily of the valley, and May’s birthstone is the emerald.

And don’t forget Mother’s Day, on the second Sunday in May; this year it’s May 13th.

April is one of four months with 30 days. Its original Latin name was Aprillis, but the origin of this name is unclear.

It probably comes from the Latin word ‘aperire’, meaning ‘to open’, as April is the time of year when flowers open. But it may also be named after the god Aphros, which we know as Aphrodite (or Venus), the god of love, since in Aprillis there was a festival held for Venus.

April was originally the second month of the year, but when January was made the first month in 450BC April became fourth, and it was given 29 days. However when the Roman emperor Julius Caesar revised the calendar in 45BC April gained one day, so now it has thirty.

But where did March get its name? From the Roman name for this month, Martius, which was named after the Roman god of war, Mars.

Mars was one of the strongest and most important of the Roman gods. He was the father of the twins Romulus and Remus who founded Rome, and he was also a protector of farms and cattle.

Spring was a good time for the Romans to go to war. Their enemies had only a little food left after the winter and were busy farming, so the strong Romans took this chance to win many victories and gain more land. But the Romans also needed to work on their own farms to feed themselves, so it’s easy to see why Mars was such an important god at this time of year.

Where does the name February come from, and why is it the shortest month?

The word February comes from the Latin word ‘februum’ which means ‘pure’, because on the day which became February 15th the Romans had a special purification ceremony.

But why does February have only 28 days? This is a little more complicated. When Emperor Numa decided each year should have 355 days he also decided how many days each month should have. Roman people thought that even numbers (2, 4, 6, etc) were unlucky. So Numa made 7 months of 29 days and 4 months of 31 days, but one month needed to have an even number of days, and he chose February, the last month, and he gave February 28 days. Perhaps he thought it best to make the unlucky month the shortest month.

Many years later another Roman emperor, Julius Caesar, re-organized the calendar, giving the year 365 days, but the 10 extra days were given to other months and February remained with 28 days.

However every four years February is given an extra day, a leap day, because the length of a solar (sun) year is about 365.2 days. So if you were born on February 29th you don’t get old so quickly!

The start of the new year varies from culture to culture. In Western/English culture the new year begins on January 1st. But where is the name January from?

The name January comes from the Roman god Janus (Ianuarius), who was the god of gates and doors; the Latin word for door is ‘ianua’.

Janus was a powerful god, and people said a prayer to Janus before starting something new. The god Janus is always shown with two faces. One face is in the normal position looking into the future, and the other face looks backward to the past, and they can be seen on many Roman coins. January seems a very suitable name for the first month of the new year.

But the original Roman calendar contained no January. It had 10 months and covered 304 days (the winter period had no months). In 713 BC the Roman emperor Numa added the months of January and February and the year had 355 days, which was equal to a lunar (moon) year. However March was still considered the first month of the year until 153 BC when it was changed to January.