I guess you all know the chain of shops known as ‘Kaldi’; there is one in Shizuoka station Asty, one in the basement of the Shin Shizuoka Center, and one in Dream Plaza (is it still there?).

While I was researching the origin of the word coffee I also found the name of the first person to discover the effects of caffeine from the coffee bean.

More than a thousand years ago a young man, called Kaldi, from Ethiopia was looking after his goats, and he noticed that they became very excited and lively after eating some berries. He tried some berries himself and enjoyed them so much that he made them into a drink. Of course the berries were coffee beans from the coffee bush, and Kaldi’s drink was the first cup of coffee.

I reckon that the Kaldi chain took its name from this Ethiopian man. 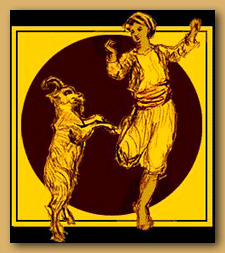 3 thoughts on “Why is Kaldi called Kaldi?”