Yesterday morning (Sunday) I took my children to the Nishigaya Sports Centre in Shizuoka City, a few kilometres up the Abe River.

I always knew that Nishigaya has a big swimming pool but I didn’t know that there is also a great athletics track, plus tennis courts too.

My children joined some other young children next to the athletics track, who were with a running coach. They really enjoyed the 2 hour training session. In fact all around the track were children and adults training. Some were sprinting, others were practicing long-distance running. And there were even children practicing high jump and pole vault.

It was wonderful to see all these people enjoying their athletics.

Most of you should now be having your spring vacation.

Are you studying? Are you doing a part-time job? Are you travelling anywhere in Japan or abroad? Are you  doing something else or are you just relaxing? Please let me know.

A young dog is called a ‘puppy’.

What are the names given to:

It’s not a long book. In fact it hasn’t got many words at all. But it’s full of beautiful colour pictures. It’s a children’s book. I didn’t draw the pictures, they were done by a talented university student.

The book was printed a few weeks ago (my friend is a printer), and there is also a CD with a narration of the words so children can practise saying them. I recorded the CD with my children and my friend’s son.

And I sold the first book today. Robert was kind enough to buy one.

The title of the book is ‘Puppy, puppy, puppy’. Here is a picture of the puppy.

Just to let you know that I got a new computer yesterday. It was built by one of my friends, thanks Kim!

My old computer had Windows 98, and my new one has Vista. It’s quite a jump. But the great thing is that it’s so fast.

Does anyone else use Vista? What do you think?

In a recent article about ‘My favourite bird’ (which is a kingfisher) Tomohisa asked a very good question: what is the difference between an eagle and a hawk? My answer was ‘Not much’, which doesn’t look like a very good answer. So I did some research and I found that my original answer was not so bad.

Both eagles and birds belong to Class Birds.

Both eagles and hawks belong to the Order Falconiformes. What are falconiformes? Basically these are birds of prey, birds that hunt and eat animals. There are other birds which eat animals, for example seagulls, owls and penguins, but birds of prey have strong beaks, which are hooked at the end, they have feet with sharp, curved talons, they are strong flyers, they hunt during the day and they have extremely good eyesight.

There are five families in the Order Falconiformes, and both eagles and hawks belong to the Family Accipitridae. These birds include vultures, kites and harriers, as well as eagles and hawks. They are believed to have a common ancestor, they build nests from sticks, and the inside of their eggs is green.

So eagles and hawks are very similar. They belong to the same family, but they are different species.

Eagles are powerful gliders who live in wide open places like mountains and fields. They have large wings, and their tails are quite short, They have strong feet with short toes, which they use for killing.

Hawks are agile hunters who catch their prey with quick, surprise attacks in woods or near hedges. They have shorter wings with longer tails, and their feet and toes are slimmer. Most hawks have yellow, orange or red eyes.

I hope Tomohisa can now see that eagles and hawks are different, but only slightly. Do you think the bird below is an eagle or a hawk? 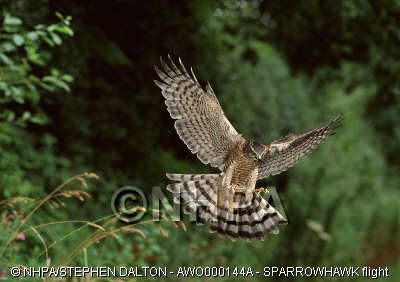 Person B: Not much.

Person A agrees with Person B, what is the best reply?

One viewer, whose surname actually means ‘kingfisher river’ was disappointed that I was unable to take a photo of a kingfisher at the Mariko River. So here is one from the world-wide web (www). 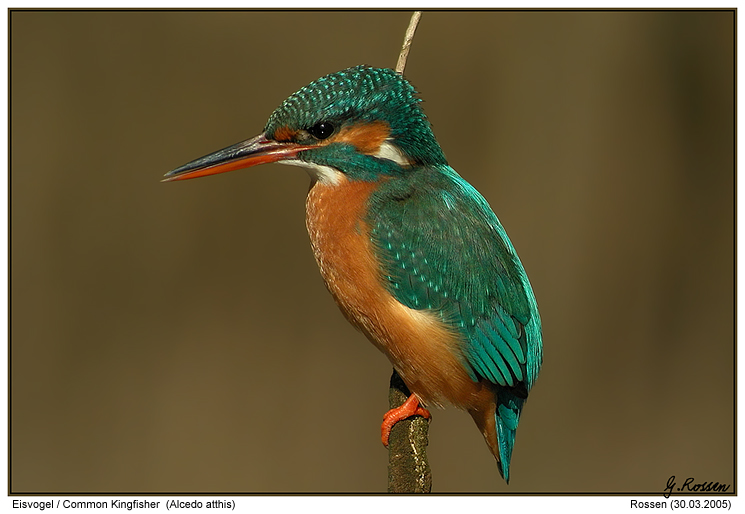 At dawn this morning I was walking beside the Mariko River when I suddenly saw a bright blue arrow flying across the river. It landed on some tall grass and rested for a while. It was a kingfisher, my favourite bird. What’s your favourite bird?

I stopped and watched for a while, and tried to take a photo with my mobile phone. But I haven’t taken any pictures with my phone for more than a year, so I was too slow and I missed the beautiful bird as it quickly flew away.

Anyway here is the photo of the river, minus one kingfisher!

In New Telephone (part 1), Jan 14th, I wrote about the problem with my current mobile telephone: the battery pack needs frequent re-charging. I use an AU phone, but I got a lot of advice from people who suggested I should also consider Docomo and SoftBank.

First though I checked with AU, but when I was looking at the range of new phones I realised that I didn’t want a new phone. My current phone is good enough. I don’t want to play music; I hate putting earphones in my ears. I very rarely take photos, and never movies. And I neither send text-messages nor use the internet. In fact I just want a mobile phone to be a mobile phone!

So I asked how much a new battery pack would cost, 3,000 yen or 2,000 points. This sounds quite expensive since my phone was free when I started.

So I thought about getting a new phone, but even a new 0 yen phone would actually cost 4,000 yen, and my monthly charge would start at the highest level (now I have a big 3 year discount).

When I returned home I checked the internet for the same battery pack as in my current phone. I found a few places which were selling them for just 300 yen! But when I looked more closely I discovered they were second-hand, used, and there weren’t any new ones available.

I’m not sure what to do.

Where does the name February come from, and why is it the shortest month?

The word February comes from the Latin word ‘februum’ which means ‘pure’, because on the day which became February 15th the Romans had a special purification ceremony.

But why does February have only 28 days? This is a little more complicated. When Emperor Numa decided each year should have 355 days he also decided how many days each month should have. Roman people thought that even numbers (2, 4, 6, etc) were unlucky. So Numa made 7 months of 29 days and 4 months of 31 days, but one month needed to have an even number of days, and he chose February, the last month, and he gave February 28 days. Perhaps he thought it best to make the unlucky month the shortest month.

Many years later another Roman emperor, Julius Caesar, re-organized the calendar, giving the year 365 days, but the 10 extra days were given to other months and February remained with 28 days.

However every four years February is given an extra day, a leap day, because the length of a solar (sun) year is about 365.2 days. So if you were born on February 29th you don’t get old so quickly! 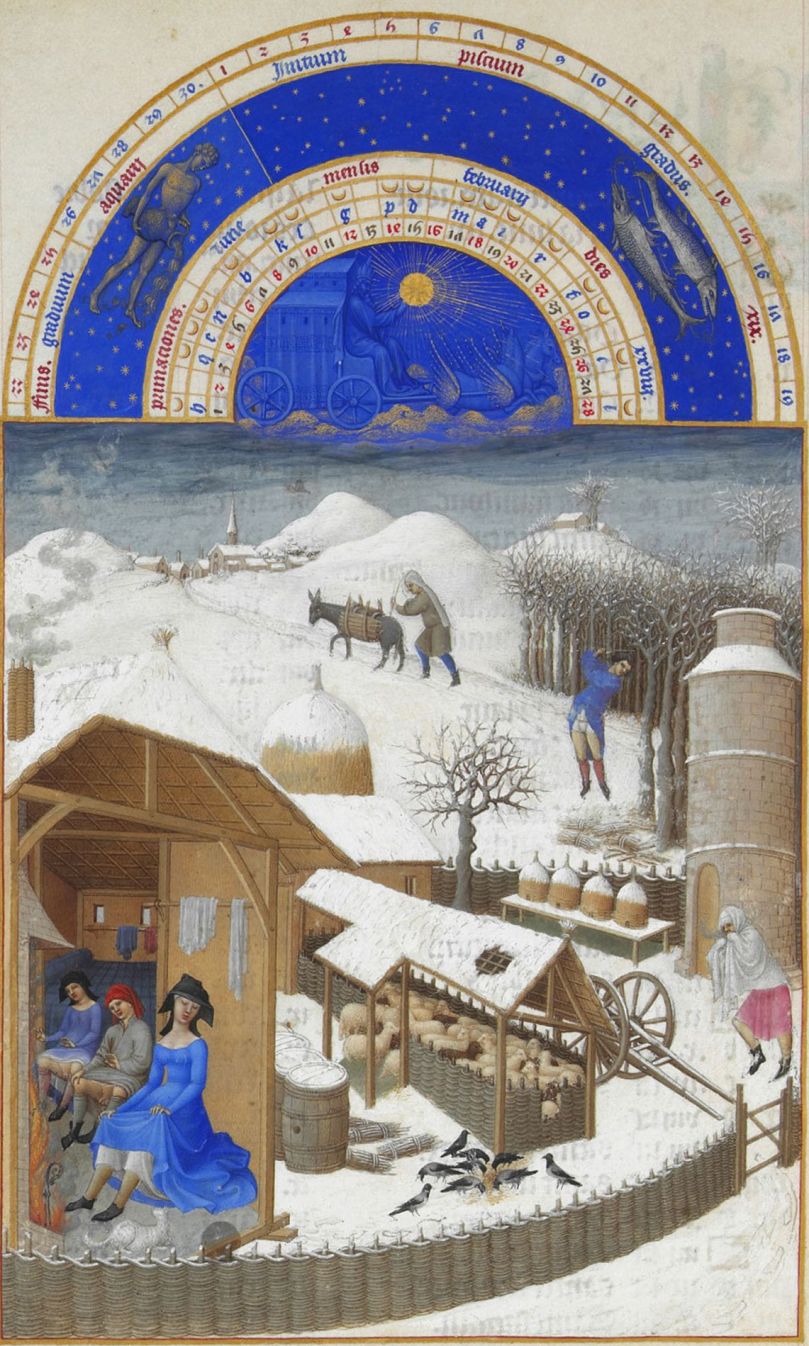